04.12.2022 We analyze what happened on the 41st day of the war in Ukraine. The situation at the front on April 6 2022.
Today, the General Staff decided to reduce the number of daily reports - from four to two. This is probably due to the fact that so far there is a relative lull at the front: the Russians have withdrawn from Kiev, Chernihiv and Sumy, while in the east they are accumulating forces.

At the same time, local battles do not stop.

In the morning, the authorities reported that the enemy in the Kharkiv region advanced 7 kilometers towards Barvenkovo and took the village of Brazhkovka along the way, where a tank battle took place yesterday.

This direction is south of Izyum towards the north of Donetsk region and Slavyansk-Kramatorsk district.

In the Donbas, the AFU does not confirm the capture of Novobakhmutovka to the north of Donetsk, as the Russian Defense Ministry announced yesterday. They say that there are still fights going on there.

It was also reported that in the area of Nikolaev, the enemy partially occupied Alexandrovka.

However, it is not specified which one we are talking about - the one to the south on the Black Sea coast, or the northern Alexandrovka near the South Ukrainian nuclear power plant.

But in any case, the enemy is strengthening the grouping in the south. Near Sevastopol, they noticed a large column of Russian military equipment moving towards the Kherson region.

The situation in Mariupol is difficult for Ukrainian troops. Russia and the "DPR" declare a gradual advance through the city and publish videos, allegedly with columns of Ukrainian prisoners (there is no confirmation of this from the Ukrainian side).

Today Zelensky once again stated that deblocking by military means is very difficult (the commanders of the Azov regiment, which holds the defense in Mariupol, have repeatedly called for deblocking, in particular).

At the same time, he said that an agreement had been reached with Turkey that it could evacuate the dead and wounded Ukrainian soldiers from Mariupol. And that Erdogan is currently negotiating with Putin about this. It is characteristic that the Russian side also declares these negotiations. But, according to Moscow, they were about the evacuation of foreigners, not wounded and dead soldiers. The Ukrainian garrison of the Ministry of Defense of the Russian Federation was once again offered to lay down their arms and leave the city yesterday. Once again there was no response. 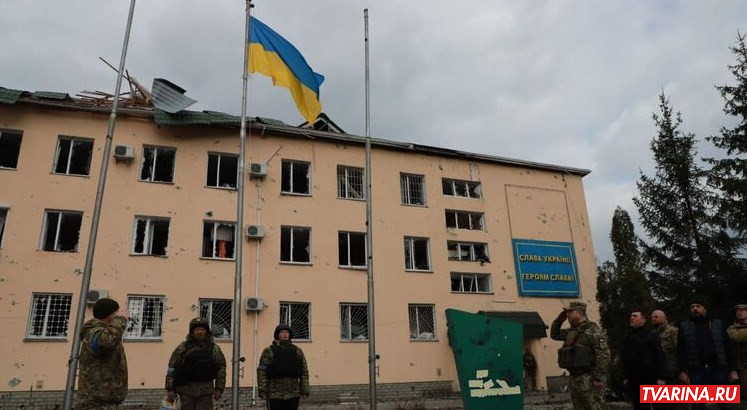