23.05.2022 Kiev is preparing to receive European Commission President Ursula von der Leyen and Head of European Diplomacy, EU High Representative for Foreign Affairs and Security Policy Josep Borrel with visits in the near future. This was announced by the President of Ukraine Vladimir Zelensky in a video message on April 5.
Working together in Kiev is something that will be positively appreciated by many peoples of the world. And not only in Europe. Now Kiev is the capital of global democracy, the capital of the struggle for freedom for everyone on the European continent, Zelensky said.

He also said that he had talked with French President Emmanuel Macron about the humanitarian situation in the temporarily occupied regions of Ukraine and how to help people in the blocked Mariupol. According to him, the leaders of the countries agreed that France, in particular, will provide the necessary technical and expert support in investigating the crimes of the Russian occupiers in Bucha and other cities of Ukraine.

Context:
For the first two weeks after the start of Russia's full-scale invasion, foreign top politicians and leaders did not come to Ukraine.

On March 24, speakers of the Parliaments of Lithuania, Latvia and Estonia Victoria Chmilite-Nielsen, Inara Murniece and Yuri Rata visited Kiev.

On April 1, the President of the European Parliament, Roberta Metsola, came to Ukraine.

Zelensky urged all friends of Ukraine to come to Kiev, although it may not be safe. This is so, because our sky is not yet closed from Russian missiles and planes. The decision to strengthen our arsenal in the air has not yet been made. We didn't get the planes. But you know for sure that the eyes of all the people of the world are now focused on our capital, on Ukrainians. Everyone who is with us will receive gratitude. Not only ours, but also other peoples of the world. Everyone who is with us has a chance to become a real hero, the President said on March 16. 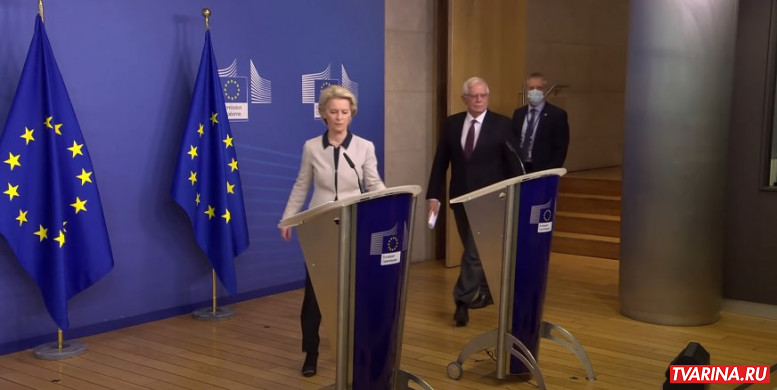